The Man on the Mountaintop

The Man on the Mountaintop is a story about a Holy Man who lives in a small hut atop a small Mountain. People who wish to see him should trek the 10 miles (one way) up. He is popular and hence there is generally a long queue to reach his hut. Sometimes during the day, he would stop taking visitors. In which case, those on the line just retreat back to the village in the valley and then trek up the next day and stand in line and hope to see the Holy Man. There is no cheating the “line system” or buying their way in.

Thus after arduous attempts, one person finally gets to reach the hut. An old man receives him inside the hut and wishes him. The visitor figures this helper of the Holy Man will seat him and give him some refreshments. But the Old Man walks with him the entire 10 feet of the one and only room and opens the door on the back to let him outside. The person who had come to see the Holy Man is all confused, angry and disappointed. He cannot believe that he is being let out.

Thus begins the story. This is a three part book series called the Holy Man Series. Originally written by Susan Trott, this has been adapted by Libby Spurrier for an Audible Original with a cast of characters, two main artists and many other supporting casts. Very nicely done. The Holy Man is called Joe. There is no alluding to any religion or as much as Nationality (as far as I can remember). It is fictional. 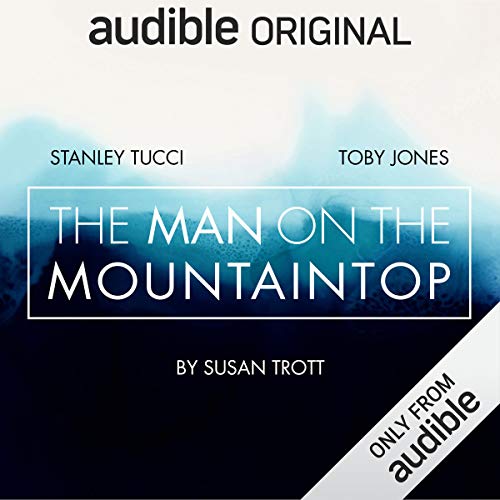 The book goes on about the journey of many other visitors (pilgrims?). Some feel better even when they are in the line. For one person, the lesson they learn is Patience. There is no rushing up - you have to wait your turn. Another’s is that they enjoyed more doing service to other people in the line and letting them pass. Yet another learns the hard way that cheating your way to see the Holy Man is not going to end well. There are also the group of residents who get invited to stay in the hut for a few months (during Summer) and there are some stories on that too including that of an Athlete, a Musician, a Cook - all professionals and top of their respective fields. Finally there is the part about where the Holy Man is looking for a successor and how he finds it in one person and eventually how it proceeds from there to the end - which I will let you read.