Inside Out and Back Again

Started the new year with this wonderful heart-melting book “Inside Out and Back Again” by Thanhha Lai (personal site], narrated by Doan Ly. The book won the National Book Award and Newbery medal. It is the story as narrated by a Vietnamese girl (middle-school-ish) who tells of her tale growing up in Vietnam in the 70s and then due to War, flees and seeks refuge in the USA along with her mother and three brothers. Her father goes missing before the war even began and they don’t hear from him. The pieces of her travails learning English and trying to form rules and how every rule is broken for another word. Was reminded of Mark Twain’s essay on the German Language. Simple yet powerful words. The Performer did a superb job with the book interspersed with Vietnamese words here and there. 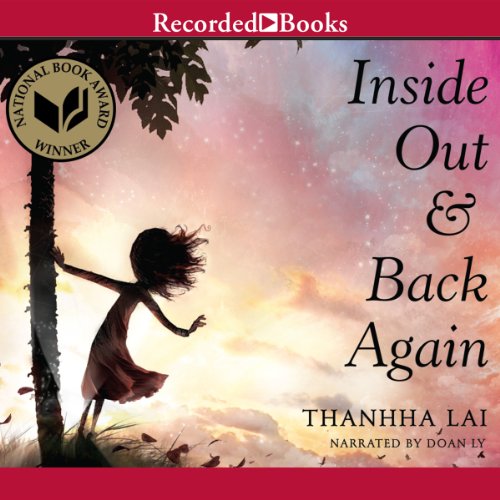 The next book was “Dork Diaries” by Rachel Rene Russell, narrated by Lana Quintall. The book follows the pattern as set by Diary of a Wimpy Kid but from the perspective of a middle-school nerd-ish girl. It is good. Personally, I didn’t quite warm up to the high-pitched voice and narration. Oh, by the way, this is just book 1. There are dozen+ more in this series. 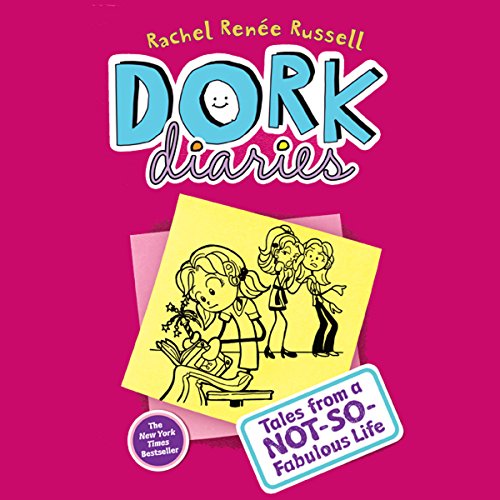 Savit and I followed this with Cynthia Lord’s debut “Rules” that got the Newbery Honor Book and ALA Awards. Nicely narrated by Jessica Almasy. The story is about Catherine, a 12 year old who has an autistic brother. She sets up lots of rules for him to follow to simplify his way of living and figure out what to do. Lots of profound sayings hidden there all over. At the same time, she also feels that her parents are not devoting any time to her. A nice story that portrays the life of such a child and her family. 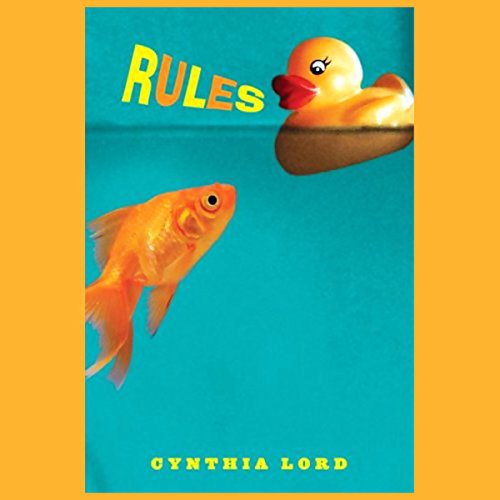 Next up was one of the highly-rated books “Dear Mr. Henshaw” by Beverly Cleary. The book won the Newbery Medal in 1984. It is an epistolary novel where Leigh Botts a sixth-grader writes a series of letters to his favorite author Boyd Henshaw. Half way through, he starts writing these as letters as his diary entries since he feels that he can write better if he pretends that he is writing a letter. Story of a young boy, adjusting to a new middle school, living along with his mom and aching for time with his dad, a touching story. Very well narrated by Pedro Pascal.

Note on the author Beverly Cleary : she is 102 and is one of the most successful living authors. Her books have sold over 90 million copies and you might recognize her as the author of “Ramona and Beezus” characters of the eponymous book series. She is also the author of “Leave it to Beaver” series. Fascinating childhood. She was considered a struggling reader in first grade, but thanks a librarian would start loving books and reading and catch up by third grade to become a top reader by sixth grade. She lives in Carmel [how I wish I could go meet her!]. 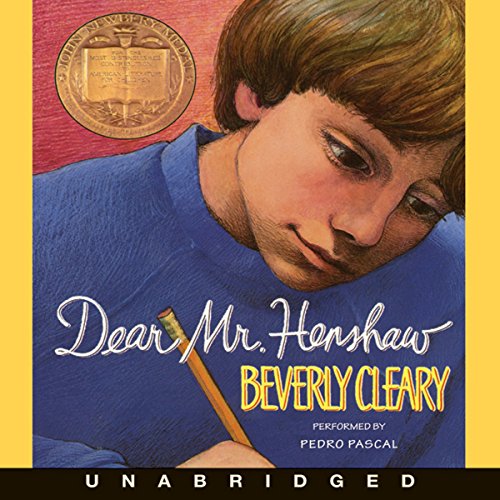 How to Train your Dragon

What a wonderful book. Another British author, Cressida Cowell personal site, spinning out fantasy worlds that are spell-binding. The story is set amongst Vikings where young boys are initiated into the clan if they pass certain tests like capturing and taming a Dragon. Am late to this series which started in 2003 and there are now a dozen+ books and three movies. But very entertaining and fast moving. Fantastic performance by David Tennant. Were wondering if it is just one person who is narrating for 3+ elders, 3+ kids, a common narrator as well as a few dragons! 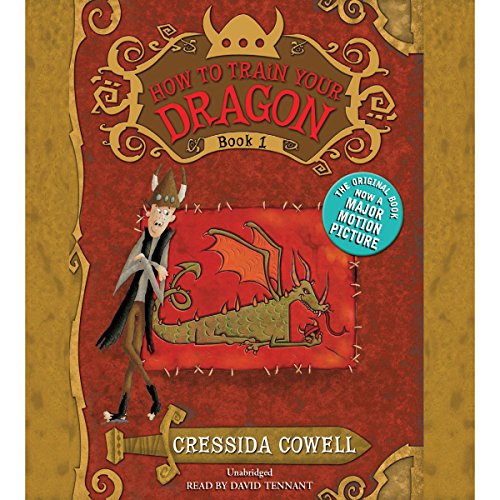 Wrapping up the current list with “Sarah, Plain and Tall” by Patricia MacLachlan. The book is about a family, a father and two kids, in the mid-western states. The kids are anticipating the arrival of a new mother (Sarah), who had responded tot their dad’s newspaper ad seeking a wife. This is a bit slow going. There are a series of 4 books and some were made in to a movie as well. Very well narrated by Glenn Close. 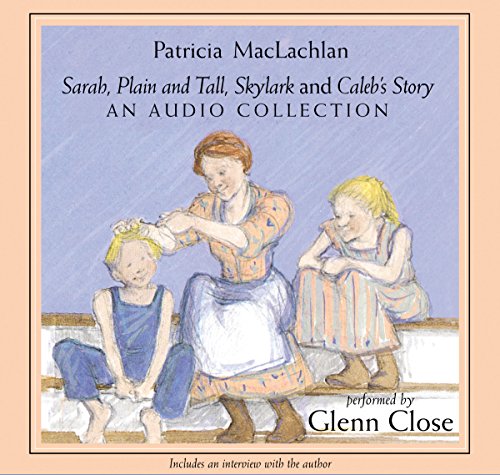 Collection of first 3 books: (there are 4 in total): https://www.audible.com/pd/Sarah-Plain-and-Tall-Audio-Collection-Audiobook/B002V08GJ4

This is Beverly Cleary’s first book. She wrote it as a short story and got feedback that she should write a few more and submit it for a book. The wonderful thing about this audiobook is that there is a short narration by the author at the beginning and a very short interview with her at the end. She mentioned that she wanted to write about a girl (“after all I was one, wasn’t I?”) but then could not come up with a plot. She remembers her days in the Library helping a bunch of middle-school boys and that spark of inspiration led her to write about Henry Huggins. This is a series of five stories - wonderfully woven. We can only long for the days of Henry Huggins - where kids roam around free and have as much free play. The first story begins off by Henry rescuing a stray dog (Ribsy). Very good narration by Neal Patrick Harris. There are a few more books in the Henry Huggins Series. Oh, Ramona and Beezus make a cameo appearance in this book. 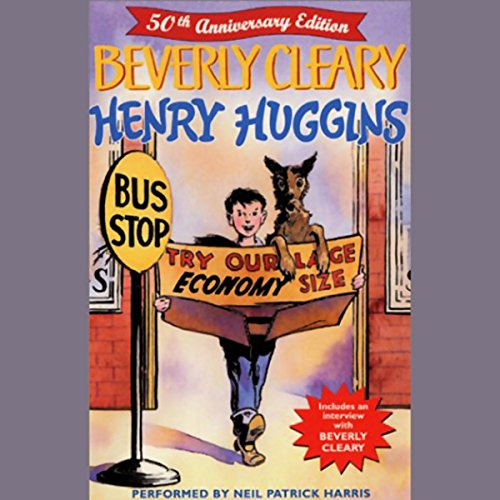 Charlie and the Chocolate Factory

One of the very entertaining stories. It is about five kids getting selected to get a grand tour of the biggest chocolate factory in the world, run by Mr. Willy Wonka. He reminds me of Doc Brown (Back to the Future) - a serial inventor. You will find this book different. It’s a children’s book but it is not all rosy and clean. Find the change refreshing. Of course the little rascals (all kids) do need someone to tell them that if they misbehave, they will get in to trouble. (and in this case, sometimes with irreversible consequences! :)).

The book was written in 1964 and there is a song about the dangers of watching too much Television and how it should be replaced with books and reading. Oh, Mr. Roald Dahl (official site), bless you. He passed away in 1990 there by missing Youtube, Candy Crush and Fortnite! We recently got to see a performance of Charlie and the Chocolate Factory - I should say, they had done a magnificient job given what settings were called for in the actual book.

Epic narration by Douglas Hodge. Just brilliant. Easily about a dozen plus characters (five kids, six adults in the Charlie household, about six adults accompanying the children, Mr. Willy Wonka himself and the fictional Oompa Loompas who deliver sarcastic wisdom to the fate of the misbehaving kids. The Oompa Loompa songs are so witty. I had to check twice that the book lists only one person as the Performer.

On Violet (she chews gum all the while):

My favorite, on Mike Teavee:

And towards the middle of the verse, Dahl goes all caps to deliver this.

Please just visit the site and enjoy the full songs. If you know of any good recordings / performances of the songs, please please let me know - would love to check them out with music. 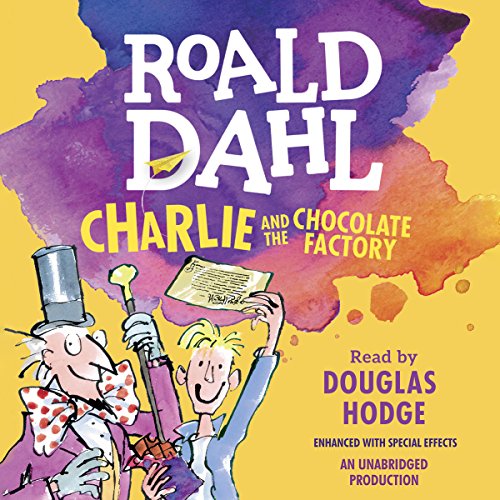 No matter your age, give “Inside Out and Back Again” (Immigrant, Vietnam War) and “Rules” (Autism) a read. Beverly Cleary will surely take you back in time. And of course, check out the songs of Oompa Loompas of the Willy Wonka Chocolate Factory!